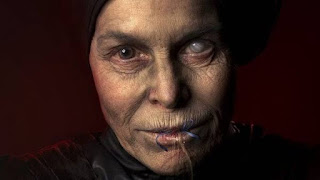 A witch group in Cross River State that goes by the name, Advocacy For Witches, AFAW,  has commended Senator Ben Ayade for dismissing his Special Adviser on Forest Security,  Mr Thomas Tawo aka “General Iron”.

In a statement  by its director Mr Leo Igwe, the group describes Tawo as a notorious witch hunter and “blood letter” who has been terrorising witches in Boki Local Government Area in central Cross River.

The witch group claimed that last year, 2020, Tawo led some witch hunters to abduct, torture and lynch about fifteen witches in Boki without anyone taking action against him.

“The victims of that vicious attack including his own mother who was allegedly tortured and set on fire and unfortunately Mr Tawo or any of those implicated in the atrocious act has yet to be arrested or  prosecuted” the group stated.

READ ALSO; SPECIAL PUBLIC WORKS: FG NOT SERIOUSE WITH THE IMPLEMENTATION OF THE PROGRAM

The statement stated further that recently, the man led some thugs to attack an ex-lawmaker, Mr Mark Obi and left him unconscious threatening to kill him if he fails to settle them.

“The sacking of this individual is long overdue; his dismissal should mark the end of the nightmare so-called witches have experienced in his hands”.

The witches demanded that his dismissal from service would pave the way for justice for their members attacked by Tawo in the Boki witch hunt.

“Mr Thomas Tawo has used his government position to act above the law and shield himself from prosecution and accountability.” Now that he has been relieved of his duties the police and government of Cross River State should ensure that he is arrested and prosecuted” . The witches demanded.