Over 24,000 people are to benefit from the Federal Government conditional cash transfer in nine local governments of Akwa Ibom State. 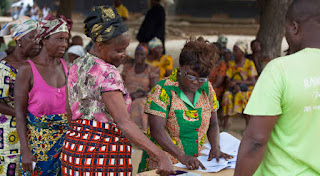 The government at the weekend said it had recommenced payment of the stipends under its Household Uplifting Programme-Conditional Cash Transfer (HUP-CC C), under the office of the Federal Ministry of Humanitarian Affairs, Disaster Management and Social Development.

The Focal Person for the Federal Government Social Investment Programme in Akwa Ibom, Dr. Godwin Akpan, said the disbursement had been done in Ukanafun and Oruk Anam local governments.

Akpan said each beneficiary would go home with N20,000, in line with the Federal Government mandate of lifting millions of households from poverty. He hailed the President Muhammadu Buhari administration for its sensitivity toward the plight of the less-privileged.Akpan said the arrangement of reaching the poor had proved successful, adding that by 2030, millions of Nigerians would be lifted out of poverty.

“This programme by President Buhari is highly sensitive to the plight of the people and it is commendable. Many lives are being touched.

“Indeed, by 2030, millions will be lifted from poverty and the poverty rating of the country will be reversed,” he said.

Akpan said they would begin payment digitalisation in Nsit Atai, Ikono and Uruan councils, where beneficiaries would be paid through their accounts.