UNESCO: On-going 33rd Session of the Man and Biosphere Programme in Abuja; 20 Biosphere Reserves approved across the globe 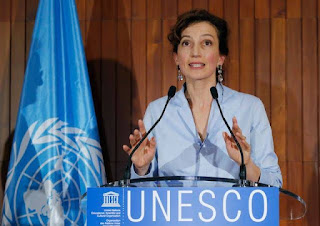 The United Nations Educational, Scientific and Cultural Organisation (UNESCO), Abuja Regional Office, in collaboration with the Forestry Research Institute of Nigeria (FRIN), has approved 20 Biosphere Reserves across the globe.

The biosphere reserves were approved at the on-going 33rd Session of the International Coordinating Council of the Man and the Biosphere Programme (MAB-ICC) in Abuja.

A Biosphere Reserve (BR) is an international designation by UNESCO in the MAB programme and a biosphere reserve includes one or several protected areas and their surrounding landscapes.

BR combines both biodiversity conservation and sustainable use of natural resources.

Mount Grappa in Italy, Ribeira Sarca in Spain, Moselle Sud and Martinique both in France, Aviveri Vraem in Peru and Atl’ka7tsme Howe Sound in Canada were also some of the BR approved.

Prof. Adesola Adepoju, MAB-ICC Chairman and the Director-General of FRIN, said approval of the BRs made them officially restricted sites.

“It means the biodiversity resources of that particular area becomes protected, the activities there now will be protected. When people are taking something out of the reserve, it must be done in a sustainable manner.

“The benefit is that the world will pay attention to the people living there, which will make them to get external support to make their livelihoods better,’’ Adepoju said.

He noted that the MAB-ICC, being hosted by Nigeria and Africa for the first time, was a huge achievement for the country, citing it as an opportunity for the country to designate more sites, conserve as much biodiversity that will be useful to future generations.

Sanga stated that the idea, which started in UNESCO like 50 years ago, was a way of making sure that communities that lived around the reserves kept benefiting from the resources within those reserves.

“It is a way of co-existing with nature to make sure that we can continue to benefit from those resources today and in the future,’’ he said.

Sanga, however, called on Nigeria and other countries across the globe to conserve natural areas that could be beneficial to mankind, as it encourages healthy living.

The News Agency of Nigeria (NAN) reports that representatives of countries with the approved BRs expressed their gratitude to the council for including them on the global map.

The MAB-ICC is the main governing body of the UNESCO MAB inter-governmental Programme which holds annual sessions to review the progress made in the implementation of the MAB Programme, recommend research projects to countries, and decide on new biosphere reserves.

The council, comprising 34 member states, is elected by the organisation’s biennial General conference, while the MAB programme is an intergovernmental scientific programme launched in 1971 to establish a scientific basis for the improvement of relationships between people and their environments.