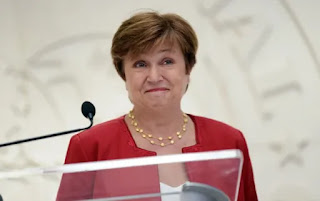 The International Monetary Fund says rising food prices are the main driver of inflation in Nigeria and other countries in sub-Saharan Africa plays a crucial role in inflation.

In a blog post on Monday, the IMF said, “Food inflation has risen on average over the course of 2019 in 25 countries in the region where monthly food price data is available.” until eight percent (year-on-year) had remained stable, it rose again from April of this year to around 10 percent in October in sub-Saharan Africa, up about 8 percent in October, up from 5 percent in 2019.

According to the IMF, the recent spike in food inflation is attributed to or rising oil prices (which increase fertilizer prices and transportation costs).

Droughts and export restrictions imposed by some of the major food exporters and warehousing in some countries has caused a labor shortage during the planting season.

“It is important that there is diversity across the region: food inflation in Chad is close to zero, but in Angola it is around 30 percent. This suggests that internal factors such as weather and exchange rates are important contributors to food inflation in sub-Saharan Africa.

The IMF added that food inflation and consumer price index inflation could weaken as commodity prices fall and the pandemic-induced disruptions in the global supply chain are addressed.

“Fighting food insecurity through welfare and targeted insurance can help people cope with it. It is also important to avoid trade barriers and improve access to finance, seed stocks, insecticides, fertilizers, measures against erosion and irrigation.