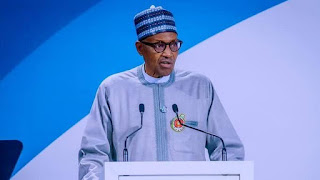 President Muhammadu Buhari says the Federal Government looks forward to working with the newly-elected leadership of the Lagos Chamber of Commerce and Industry (LCCI).

The president made the pledge while congratulating Dr Michael Olawale-Cole on his installation as the 36th President and Chairman of the Council of the LCCI.

In the congratulatory message issued by his spokesman, Mr Femi Adesina on Saturday in Abuja, Buhari expressed the hope that Olawale-Cole would bring his track record of excellence to the position.

The president salutes the Board and members of the LCCI, founded in 1888, for setting standards in the country and beyond, over the years, particularly in advising and influencing governments’ policies and attracting investments.

According to him, the emergence of Olawale-Cole demonstrates the LCCI’s penchant for relevance and effectiveness.