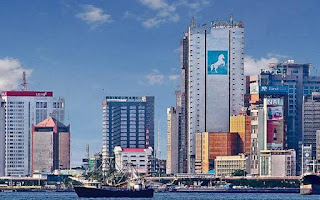 Nigerian banks have implemented mobile technology, agency banking, business strategies and other traditional forms of marketing to increase deposits. Competition has been intense with the advent of challenger banks offering zero or next to nothing in migration fees. All 10 banks now have deposits of over N1 trillion.

A closer look at the data reveals that Access Bank rose to the top as the bank with the largest customer deposit in Nigeria at N6.2 trillion.

The bank has increased its deposits by 11.4% since the start of the year as it consolidated its leadership in mobilizing deposits among its peers. Access Bank’s deposit, however, remains at 18% of total banking sector deposits.

UBA overtook Zenith Bank as the second largest bank with deposits, posting a 7.2% increase in customer deposits to 6.08 billion naira. Zenith Bank recorded a total of 6.04 trillion naira in third place, increasing deposits by 13.1%. deposit growth was highest among his colleagues at FUGAZ. GTB reported a deposit of 3.7 trillion naira, which represents an increase of 6.7%.

Stanbic IBTC is the most aggressive bank this year in terms of deposits, breaking the N trillion mark after posting massive 33.5 inch growth this year.

Tier 2 bank has been knocking on FUGAZ’s door for years and could join the fray if it continues to stay in retail banking.

Much like Stanbic, Sterling Bank’s growth has come from its term deposits which have doubled from N155.2 billion to N302.5 billion.

Recent developments in financial services pose a major threat to the ability of Nigerian banks to continue to hold these deposits. Challenging banks like Kuda, V Bank have made significant strides in retail banking by encouraging younger Nigerians to leave more traditional banks.

With the continued rise in mobile phone penetration, Nigerian banks have also fought aggressively and updated their mobile banking apps with features that rival most of the sophisticated banking apps on the market.

Despite the threat of competition, Nigerian banks still have significant leeway on deposits and the ability to sustain growth.

While most of the newer banks are focused on attracting younger newbie accountants or newer businesses, traditional banks create a value chain of products that are embedded in their ecosystem and allow them to mobilize a significant deposit, such as deposits being mobilized from accounts that are in the Names of thousands of fund managers, government accounts, large corporations with international presence, traders with high import and export needs, SMEs, manufacturers, etc.

This chain of deposits will require a significant expansion of the business of some of the sophisticated banks.

There is still a lot of headroom, however, considering that bank deposits are still below 20% as a percentage of GDP. For example, the United States has more than 80%.