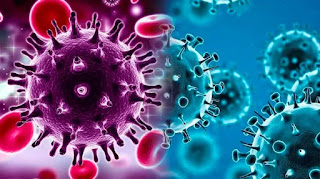 Medical experts warned on Monday that Nigeria is risking a travel ban as Canada discovered the Omicron variant of COVID19 in two Nigerian travelers.

Tomori complained that the Nigerian variant of the virus was detected in Canada. Tomori accused the Nigerian Center for Disease Control for failing to coordinate genomic sequencing of coronavirus samples sourced from laboratories across the country.

In order to carry out genomic sequencing of the coronavirus in Nigeria, the NCDC avoided it and took samples from South Africa. On Monday, newsway reported that the Canadian government announced it had discovered cases of the Omicron variant in two travelers from Nigeria.

Genome sequencing is a laboratory method with which the entire genetic makeup of a particular organism or cell type and changes in areas of the genome can be determined.

The variant of Omicron, a recently discovered strain of coronavirus disease, was first reported by the South African government and later by other South African countries including Zimbabwe, Botswana and Malawi. The variant has also been reported in the UK, Israel, and Saudi Arabia, Belgium and Hong Kong.

Canada announced Monday that the variant had been discovered in two travelers who recently visited Nigeria. Commenting on the development, Tomori dealt a blow to the NCDC in an interview;

“They stopped sending samples to the other five genome laboratories but they will send them to South Africa. It takes a long time, but it’s not just the timing, it’s the shame and lack of national pride, especially when you have similar institutions in your country.

When asked if the country could risk a travel ban, he said, “Why not? with Tomori in a separate interview with our correspondent. It’s a shame Canada alerted us to Omicron’s presence in Nigeria. Indonesia banned us even before the Canadian government announced the option.

The announcement could only mean something and it’s the fact that the variant is already among us.“However, it is a shame that a foreign government has informed us of the presence of the virus and the NCDC continues to say that we do not have the variant yet. At this point we can only defend a quick vaccination. know whether the variant is fatal or not, but at least get people vaccinated ”.