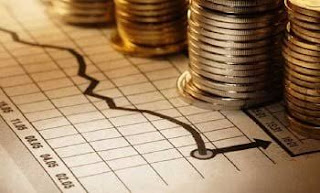 Most economists would agree that in the long run, output—usually measured by Gross Domestic Product (GDP)—is fixed, so any changes in the money supply only cause prices to change. But in the short run, because prices and wages usually do not adjust immediately, changes in the money supply can affect the actual production of goods and services. This is why monetary policy—generally conducted by central banks such as the U.S. Federal Reserve (Fed) or the European Central Bank (ECB)—is a meaningful policy tool for achieving both inflation and growth objectives.

In a recession, for example, consumers stop spending as much as they used to; business production declines, leading firms to lay off workers and stop investing in new capacity; and foreign appetite for the country’s exports may also fall. In short, there is a decline in overall, or aggregate, demand to which government can respond with a policy that leans against the direction in which the economy is headed. Monetary policy is often that countercyclical tool of choice.

Such a countercyclical policy would lead to the desired expansion of output (and employment), but, because it entails an increase in the money supply, would also result in an increase in prices. As an economy gets closer to producing at full capacity, increasing demand will put pressure on input costs, including wages. Workers then use their increased income to buy more goods and services, further bidding up prices and wages and pushing generalized inflation upward—an outcome policymakers usually want to avoid.