INSURGENCY: FG embarked on rebuilding schools in Yobe and other parts of the North East 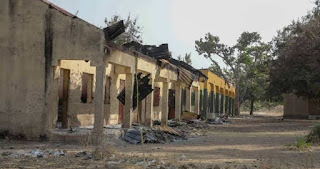 The Federal Government through the North East Development Commission (NEDC) has commenced the building of more schools in Yobe and other parts of the North-east.

NEDC is a department of the Federal Ministry of Humanitarian Affairs, Disaster Management and Social Development.

The Yobe government had provided land for the building of new primary and secondary schools in Potsdam, Buni Yadi (Gujba) and Gahsua (Bade) Local Government Areas.

The commission’s Managing Director, Mohammed Alkali, who made the disclosure on Saturday in Gasua, said that the initiative was meant to address the current problem of insufficient classrooms.

According to him, the problem in primary and secondary schools in the North-east region is due to activities of insurgents.

Mr Akali said that insurgency and other factors had made the region highest on the poverty index and lowest in literacy rate and highest in poverty.

The managing director added that the destruction of schools by the insurgents had disrupted primary and secondary education in the region.

READ ALSO; 600 Uber drivers to be hired by the Brussels taxi sector

“Widespread poverty coupled with insecurity, has rendered an estimated 600,000 young people unable to go beyond the primary or secondary school levels.

“As such, millions of the out of school children in the region remain uneducated, justifying the need for massive intervention in the development of school infrastructure“Consequently, the commission resolved to construct three composite mega schools or upgrading of existing ones in each states of the region, thus making 18, one in each of the Senatorial District.

“We are also going to complement the physical structure with soft support like teachers’ training, curriculum and upgrade,” he said.

In his remarks, Governor Mai Mala Buni, commended the commission’s gesture, adding that it was “timely and desirable” and was in line with his government’s policy on education.

Represented by his Chief of Staff, Abdullahi Yusuf, Mr Buni appealed to members of the community, local government authorities and the emirate council to take ownership of the projects.