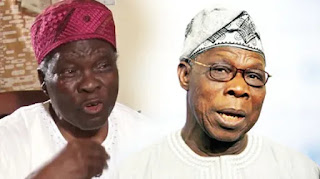 The Federal Government is plotting the arrest of the Yoruba Nation arrowhead, Prof Banji Akintoye, Sunday PUNCH has learnt.

It was reliably gathered that the octogenarian professor of history has since left Nigeria for neighbouring Benin Republic to escape the plot for his arrest.

The regime of the President, Major General Muhammadu Buhari (retd.), has in recent months turned maddening heat on separatists.

Akintoye, the leader of the umbrella body of the Yoruba self-determination group known as Ilana Omo Oodua, and the embattled Yoruba Nation agitator, Sunday Adeyemo, also known as Sunday Igboho, have been seen together at press conferences and rallies championing the cause to secede from the Nigerian state and establish a Yoruba Nation.

A top source privy to the matter confided in our correspondent that security forces plotted Akintoye’s arrest before the raid of Igboho’s residence in the Soka area, Ibadan, Oyo State.

However, the source said the 86-year-old scholar left Nigeria to the French-speaking West African country three months ago because he needed to be “faster than his enemies.”

The Department of State Services raided Igboho’s residence around 1am on July 1, 2021 before he was arrested in Cotonou, Benin Republic on July 19, 2021.

The secret police had said it killed two of his associates and arrested about 12 others during the bloody raid.

Igboho, who narrowly escaped the bloody raid, was subsequently declared wanted for allegedly stockpiling arms to destabilise Nigeria under the pretext of Yoruba Nation, an allegation he denied.

After about three weeks in hiding in Nigeria, Igboho found his way to Benin Republic but luck ran out on him and he was arrested around 8pm on July 19, 2021 by the Interpol at the Cadjèhoun Airport in Cotonou.

Igboho was arrested after the Federal Government notified its West African neighbours — including Republic of Benin- that he should be captured.

Igboho was arrested in Cotonou when he tried boarding a flight to Germany after the Nigerian government notified Interpol.

He was arrested with his wife, Ropo, but the Cour De’appal De Cotonou ordered the release of the Germany-based wife of the activist, saying there were no allegations against her.

The Beninese court, however, ordered that Igboho be in prison custody in the country while further investigations would be carried out on the case against him.