DIGITAL CURRENCY: Bitt CEO Brian Popelka outlined how to use the eNaira and it’s benefits on economy in Africa 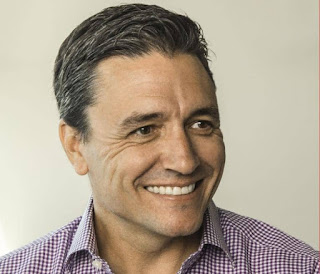 Last month, the Central Bank of Nigeria (CBN) announced the engagement of Bitt Inc. as a technical partner for Nigeria’s first digital currency. Bitt, according to CBN, was selected because of its leadership position, technical competence, and track record in the industry. Before it came on the radar of Nigerians, the Barbados-based company had in April 2021 developed and launched the central bank digital currency (CBDC) pilot of the Eastern Caribbean Central Bank (ECCB). In this interview, ADEREMI OJEKUNLE talks to Brian Popelka, chief executive officer (CEO) of Bitt Inc., about the eNaira project, selection process, the company’s projection, and financial inclusion.

TheCable: Bitt is currently partnering with Nigeria’s central bank to deliver what may become the continent’s first digital currency. What does this mean for Nigerians and local businesses?

Popelka: Bitt is proud to partner with the Central Bank of Nigeria to launch a live retail CBDC in the largest economy in Africa. We’re especially proud to do so in a country that’s well known for its fintech leadership. Digitizing the naira will benefit the entire Nigerian financial ecosystem in multiple ways. The financial and humanitarian benefits that our technology offers will be transformative, especially in the lives of those unbanked Nigerians.

TheCable: Nigeria’s apex bank said Bitt was selected among highly competitive bidders. Can you tell us your success story and what it means for the company?

Popelka: We are truly humbled by having won the highly competitive eNaira project. The process involved multiple stages of presentations, solution walkthroughs, the provision of a demo system, a detailed technical evaluation, and thorough vetting of company personnel.

“Our experience was also likely a factor – in 2016, Bitt was the first company in the world to digitize a national currency on a blockchain, thus creating the first synthetic CBDC, with the support of the Central Bank of Barbados Governor and the Minister of Finance. That system is still in operation today, and is integrated with the largest bill payment processor in the country and both major telcos. The Government of Barbados uses it to collect payments online. mMoney has grown to service thousands of merchants and many more individuals within Barbados”.

“Since then, Bitt has continued to evolve our Digital Currency Management System (DCMS) to enable central banks of all sizes to digitize their national currency. The Bitt DCMS includes the necessary applications for all major stakeholders to transact in digital currency: central banks, financial institutions, merchants & businesses, and consumers”.

“Bitt was key to the development and successful launch of the central bank digital currency (CBDC) pilot of the Eastern Caribbean Central Bank (ECCB) in March 2021. We currently have live deployments in six countries, with five more planned by the end of the year. With this project and our other ongoing projects, we will have live deployments in 3 continents by Q1 of 2022”.

“Our team is driven by our mission to empower those who need greater access to accessible, low-cost, and high-speed payments. We look forward to expanding our technology around the globe for this purpose”.

READ ALSO; eNaira: CBN releases video guidelines on how to register for the eNaira wallet

TheCable: What impact would the deal have on the cryptocurrency market all over the world?

Popelka: Many central banks are increasingly working on the digitization of their national currency as a response to certain risks posed by cryptocurrencies. Retail CBDC deployments are fairly recent, and as such the impacts of CBDCs on cryptocurrency markets are still being determined.

TheCable: Tell us your focus or the company’s direction for the African market in terms of blockchain-backed digital currency?

Popelka: Bitt’s financial software could lower the cost of receiving and sending money and would promote financial inclusion throughout Africa. We have already formed local partnerships and are in active discussions with several other African countries. We look forward to going live with additional deployments across the continent over the next 2 years.

TheCable: What challenges do you envisage, and how do you plan to solve them?

Popelka: Nigeria is known for its fintech leadership, and so far, the feedback and collaboration from CBN and key stakeholders (banks, IMTO & PSP, telecos, etc.) have been exceptional.

Furthermore, CBN, its Advisory Partner, and the eNaira stakeholders are incredibly talented and committed to the initiative. We do not envisage any significant challenges.

TheCable: Is there a timeline set for the delivery of the eNaira project?

Popelka: The CBN has been planning this project for a number of years and has a robust strategy for deployment that considers all stakeholders.

The Cable: Is Bitt Inc. planning to register an arm of the company in Nigeria or any African country?

Popelka: Yes. We believe a local presence is required to best serve Nigeria and our other market activities in Africa.

TheCable: A report claims Nigeria’s CBN will own a stake in Bitt Inc. as part of the partnership agreement. How true is this?

Popelka: Bitt cannot comment on this or any other potential discussions related to partnership agreements and investments, in Nigeria or elsewhere.

TheCable: Nigeria has 38 million financially excluded adults — do you think CBDC can help bridge the gap and put more population into the financial Sector?

Popelka: Yes, one of the stated goals of the eNaira initiative is promoting financial inclusion. In fact, Bitt is driven by the empowerment of people through providing accessible, low-cost, and real-time payments; and supporting the digitization of economies.

TheCable: Lastly, what is your future aspiration for digital currency?

Popelka: We believe that CBDC’s are the next step in the evolution of money. Most countries have their own currency, which mainly comes in two forms – (1) physical notes and coins, and (2) electronic money, which financial institutions hold as reserves to fractionally back deposits, which are in turn used by the ‘banked’ population via debit and credit cards, online banking, ATMs, wire transfers, and mobile banking applications, for example. In today’s global market, most transactions take place in electronic form. However, digital financial services are still mainly accessible by those who are banked, leaving the ‘unbanked’ population with cash as their only option.

By operating a CBDC network as public financial infrastructure, central banks enable households, businesses, and other stakeholders the ability to transact digitally, with or without a bank, and can provide the confidence of holding central bank money.