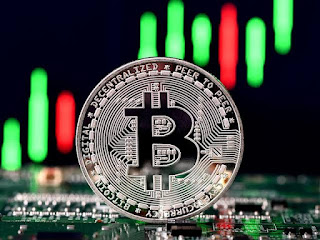 Bitcoin mining is the process of getting hold of the digital asset without actually buying it.

Have you ever wondered how to obtain Bitcoin without having to buy the coins? Well, you can mine them to get your hands on the world’s oldest cryptocurrency. On the blockchain, it may be feasible to mine Bitcoin — the most popular cryptocurrency — and other digital token using your computer. Mining is the process of gaining cryptocurrencies by solving cryptographic equations using high-power computers. A person can become a Bitcoin miner provided they have a massive computing system loaded with different software and ample electricity to start with. Here are a few things one should know about Bitcoin mining.

What Is Bitcoin Mining?

Bitcoin mining is the process of getting hold of the digital asset without actually buying it. From this, one can create new Bitcoins that enter into circulation and also add to the blockchain ledger.

How To Mine Bitcoins?

Mining Bitcoin is a very technical process and requires huge processing power. Basically, the processing power of the computer will be directly proportional to the rate or mining speed, and thus, profit. So, if a person’s computer is slow, it may not produce enough Bitcoins.

READ ALSO; eNaira: CBN releases video guidelines on how to register for the eNaira wallet

To mine Bitcoins, one can use a normal computer that has a CPU, motherboard, RAM, and storage. The only difference and the most important requirement here is the graphics processing unit (GPU) or the video card. A high-performance GPU is an essential aspect if a person wants to mine Bitcoin.

What About The Computing Capabilities And Electricity?

Bitcoin mining is done using specialised hardware called ASICs that stands for Application-Specific Integrated Circuits. This is to tackle the problems of the computer and upgrade the processing power.

The requirement of GPU and ASICs could be collectively heavy on a person’s pocket. One also needs to have a constant active internet connection for this work.

The other important aspect is the requirement of electricity for mining machines. It is said that the largest Bitcoin miners were operated in China where the electricity was cheaper as compared to the developed nations.

A person should be able to bear the cost of running a home-based system for mining Bitcoins. Also, a cooling device would be needed to prevent the system from overheating.

Bitcoin mining could be a bright opportunity for digital coin makers but it clearly demands adequate infrastructure to work accordingly.