CRYPTO: A Bitcoin wallet containing 50 BTC which was dormant has been reactivated and the 50 BTC is now worth $3,130,250 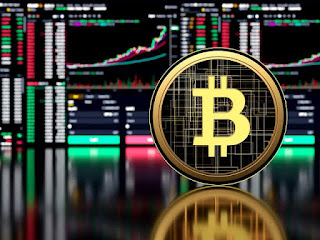 Someone’s been playing the long game. The Independent reported that a Bitcoin wallet last used in May 2010—when the cryptocurrency’s pseudonymous creator, Satoshi Nakamoto, was still active in the community—has come back online.

That wallet is said to contain 50 BTC. When it went dormant, those coins were worth less than $4, according to The Independent. Now they’re worth roughly $3,130,250. (Based on the $62,605 per-coin price of BTC shared by Coinbase at time of writing.)

Either way, the cryptocurrency has changed a lot since the last time this wallet was used. Back then, Bitcoin was something people could mine on their PCs in exchange for 50 BTC a block, which sounds fantastic, except it was also worth basically nothing.

Now mining the cryptocurrency requires incredibly powerful equipment designed specifically for the task, and the block reward is just 6.25 BTC. But Bitcoin is worth tens of thousands of dollars and can be used to buy things other than alpaca socks.

The Independent said that “sleeping whale” wallets—which contain a large amount of BTC and have been inactive for years—collectively hold “several million” BTC. For example, one wallet contains nearly 80,000 bitcoins worth more than $5 billion at current prices.

At least some of that wealth will probably remain dormant because their owners forgot the access keys or, to put it delicately, aren’t here to cash in on Bitcoin’s price increases. But the activity of this wallet (and two other sleeping whales that have awoken recently) shows at least some of that BTC will be recovered.