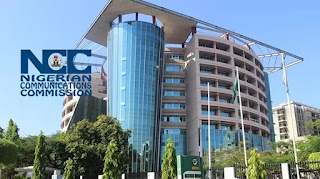 A total of 63.97 million lines were disconnected in one year amid the National Identity Number-Subscriber Identity Module data verification, data obtained from the Nigerian Communications Commission show.

Telecommunication companies in the country have been losing subscribers since the Federal Government began the linking of NIN with SIM cards.

“Mobile subscribers declined by 7.6 million to 68.9 million, impacted by the regulatory restrictions on new SIM sales and activations,” MTN Nigeria Communications Plc had said in its half-year financial statements.

According to the company, it is actively in support of the government’s NIN enrolment programme.

Airtel, in its quarterly financial statements, had said, “New customer acquisitions were barred until significant progress had been made on linking the active customer base with verified NINs.

Industry experts have also blamed the fall in the number of lines on the SIM-NIN policy.

The Nigeria National Coordinator for the Alliance for Affordable Internet, Olusola Teniola, recently told The PUNCH, “The impact of the SIM-NIN policy will slow down growth. The NIN requirement will slow down the ability to register SIMs legally, which will affect contribution to NIN, because not every Nigerian has NIN.”

In December 2020, the Federal Government banned the sale and registration of new SIM cards and gave a 30-day deadline for people to link their NIN with their SIM cards. The FG has since extended the exercise to the end of 2021.

According to the government, the SIM-NIN policy is necessary to strengthen security in the country and trace suspects.

However, in September 2021, Zamfara State announced a ban on telecommunication service to block phone access so that criminals would not be able to communicate with one another.