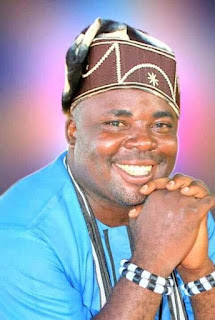 A benywood veteran actor and producer Mr. Simon Tsee bags an award of recognition and hard work from the famous SE TIV MEDIA.

The award titled “THE BEGHA U ENTERTAINMENT OF KONSHISHA” literally translated as “the Lion of entertainment of Konshisha” connoting the contributions of the actor in the development of the entertainment industry in Konshisha LG and Benue State at large. 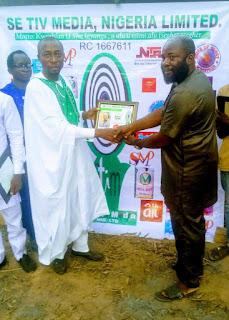 Presenting the award, the CEO SE TIV MEDIA Mr. Wase Tersugh popularly known as Sirwax  exalted the actor saying he merited the award due to his relentless efforts to making sure that Konshisha LG becomes the hub for entertainment in the state;

“I must appreciate this fellow, his relentless efforts are fast yielding results as we can all attest to this unhidden fact. Mr. Simon Tsee deserves more than this, but in our own little way to appreciate your efforts is to immortalize you with this powerful title “THE BEGHA U ENTERTAINMENT OF KONSHISHA”

On his part, Mr. Simon Tsee widely known as Sir Tsee (by profession Simon is a Teacher) while receiving the award said;

“I’m overwhelmed by this honour accorded me by SE TIV MEDIA and I dedicate this award of “THE BEGHA U ENTERTAINMENT OF KONSHISHA” to the almighty God and I also appreciate the management of SE TIV MEDIA for finding me worthy of such honour”.