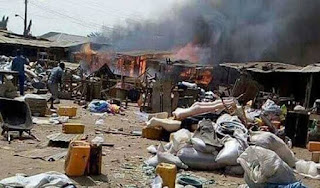 THE Evangelical Church Winning All also known as ECWA on Wednesday expressed disappointment over the killings and destruction of houses, including its churches in Bassa Local Government Area of Plateau State.

In a statement on Wednesday, ECWA President, Dr Stephen Panya, said it was sad to believe that such level of destruction perpetrated by herdsmen could be allowed in a community hosting the headquarters of the 3rd Armoured Division of the Nigeria Army and urged the government to save the lives and property of the people.

The statement read in part, “For over 21 years, the Irigwe people of Miango, a predominant Christian community, have been under attacks from Fulani militia that resulted in loss of lives, properties and farmland. The last two weeks, especially from Sunday, July 23rd to Monday, August 2, 2021 have been the worst nightmare of the entire Irigwe land.

“What is so sad and inexplicable is that many of the villages, where these killings and burnings are taking place, are basically located behind the 3rd Armoured Division Barrack of the Nigerian Army, yet, these militias are allowed to continue their heinous murders and carnage without any intervention by the Nigerian Army and other security agencies.”

Meanwhile, the Miango community in the Bassa LGA of Plateau State on Wednesday raised an alarm to the authorities that Fulani militia was still burning their houses.

The fresh destruction of their houses and farmlands, the community said, was coming on the heels of the recent attacks on several villages in the area by suspected armed herdsmen, Over 40 persons were allegedly killed and hundreds of houses set ablaze during the last attack.